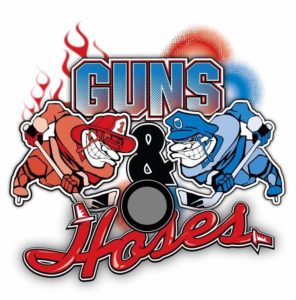 One ticket gets you two hockey games all in the name of charity!!! Come out and support your local police and firefighters, as they go head-to-head for the Muscular Dystrophy Association. Then stick around for your Florida Everblades as they battle the Orlando Solar Bears. Both teams will be playing for the Muscular Dystrophy Association, as well as one of our own local first responder families. After the Everblades / Solar Bears game there will be a charity auction of the Everblades’ game worn jerseys!!!