(Fort Myers, FL) The Fort Myers Police Department has added two members to its managerial staff to oversee Accreditation and Evidence Documentation. Randall Jones has joined the department as Accreditation Manager and Steven W. List has been added as Evidence Supervisor. Both have extensive Law Enforcement experience as well as advanced degrees in business and administration. Jones served with the Anne Arundel County Maryland Police Department for over 25 years retiring at the rank of Captain. He served in numerous command assignments and as a SWAT Team Leader and DEA Task Force Officer/Supervisor. He will lead the department in applying for and maintaining credentialing with The Commission on Accreditation for Law Enforcement Agencies (CALEA.) 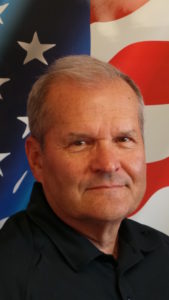 Steven List has been named the FMPD Evidence Supervisor, he was previously an Associate Faculty member for the University of Phoenix teaching Graduate and Under-Graduate on-line courses in the areas of Criminal Justice, Environmental Science, Management, Ethics and others. He is also a former Police Major for the City of Miami Gardens police department, Director of Public Safety/Chief of Police for the City of Parkland combined police and fire departments in Parkland, Florida and Chief of Police for both the Village of Woodridge, Illinois and the Village of Willowbrook, Illinois.