The CODC has continuously evolved with changing social, economic, and political environments associated with local, state and federal units of government. Students fully participate in the course which is interactively facilitated by a large cadre of instructional staff. Students prepare and present staff studies and receive feedback from instructors and peers. 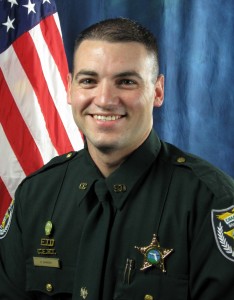 Sergeant Ryan Barber began his career in 1999 at 19 years old working for the Florida Department of Corrections at CCI. He attended the Corrections Academy at Desoto CI graduating in early 2000 and started working for the Sheriff’s Office in 2003. Sergeant Barber worked in the housing units, intake, and is currently the longest tenured CERT team member. He is currently assigned to the Jail Division as a Housing Sergeant. Sergeant Barber is also a graduate of the Florida Leadership Academy # 26. He graduated from CODC # 73, finishing with the fourth highest GPA out of 58 attendees. 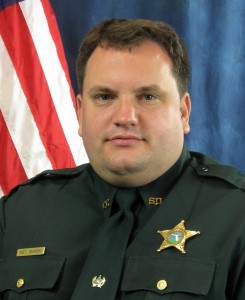 Sergeant Michael Marsh began his career with the Charlotte County Sheriff’s office in 2000 assigned to the District Three Road Patrol. Sergeant Marsh has since worked both on the Road Patrol and Investigations unit as a Corporal and Sergeant throughout his career. In October of 2014, Sergeant Marsh transferred to the Court Services unit and has been working there since. Sergeant Marsh is a graduate of the University of Central Florida.

Sheriff Prummell said, “The investment into Sgt. Marsh and Sgt. Barber provides a solid foundation for the agency to grow and maintain the degree of professionalism we require at the Charlotte County Sheriff’s Office. I’m proud of both men for their professionalism and graduation from the Command Officers Development Course.”

The Charlotte County Sheriff’s Office would like to congratulate them both on this tremendous accomplishment as their hard work will add to the professionalism of the agency and benefit the citizens of our community.