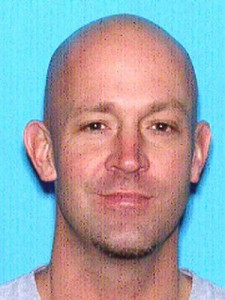 The Fort Myers Police Department is asking for the public’s help in locating a 39-year old white male named Charles Andrew Anderberg (d.o.b. 03/23/1975 of Fort Myers). Anderberg was reported missing on Thursday, September 4, 2014 to the Florida Highway Patrol by a family member in Texas. FHP officials made contact with Anderberg who made suicidal threats to them via phone.

FHP notified FMPD and asked for a well-being check at his residence which is located in the City of Fort Myers. During the follow up investigation FMPD officers discovered Anderberg was not at his residence and his 17-foot Sea Ray boat was missing.

Shortly after 8:00 p.m. on Thursday, September 4, 2014 Anderberg’s vessel was located drifting in the river between the Edison and I-75 bridges. Police officials boarded the vessel and did not locate anyone. Evidence located on the boat suggests Anderberg may have harmed himself.

FMPD is actively investigating Anderberg’s disappearance. Anderberg is further described as 6’2” and weighing approximately 200 lbs. Anyone who knows his whereabouts to asked to call the Fort Myers Police Department at 239-321-7700.