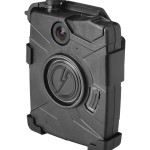 The Fort Myers Police Department is pleased to announce the purchase of 40 Taser AXON Flex body-worn video cameras to be utilized by officers working in a variety of units throughout the Patrol Bureau. Some of the units that will be equipped with the cameras from the initial purchase include community policing officers, bike patrol, traffic officers and the violent crimes task force.

On Monday, September 29, 2014 at 1:30 p.m., several department officials to include a representative from Taser International will be showing off FMPD’s newest addition at the police department. All media outlets are encouraged to attend and get an up close look at this cutting edge technology.