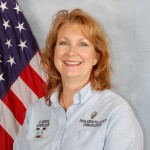 Punta Gorda Police Department Communications Supervisor Nancy Morris has been elected President of the Florida Association of Public Safety Communications Officials (Florida APCO). APCO International is the world’s oldest and largest not-for-profit professional organization dedicated to the enhancement of public safety communications. With more than 15,000 members around the world, APCO international exists to serve the people who operate, manage, and supply the communications systems used to safeguard the lives and property of citizens everywhere. The Florida Chapter was founded in 1944. 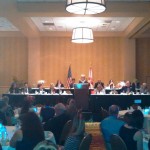 Punta Gorda Police Chief Albert (Butch) Arenal stated “We are very proud to once again see one of our organization’s leaders assume a leadership role in our profession. Telecommunicators have one of the hardest and most challenging jobs in our discipline, and I know Nancy will take Florida APCO to new heights.”

Nancy will serve a one year term as President of the Association. “I’m just glad to give back to an organization that has served me well,” Nancy commented.