The Sixth Annual Cops & Joggers 5K won an Award of Distinction and a Judges’ Award at the Southwest Florida Chapter of the Florida Public Relations Association’s 2014 Local Image Awards on Tuesday, April 22 at Alliance for the Arts in Fort Myers.
The awards were presented to the Fort Myers Police Department and Marie Kennedy of M.creativepr for the department’s Sixth Annual Cops & Joggers 5K, an event benefiting organizations that aid the families of first responders who have been injured or killed in the line of duty. With the support of event sponsors, volunteers, local businesses, department employees and Southwest Florida residents, the sixth annual event set records with a total of 841 registered runners and more than $21,000 raised funds.
“It’s an honor to be recognized for our efforts in supporting our community’s first responders,” said Lieutenant Jeffrey Bernice of the Fort Myers Police Department. “We’ve always hoped this event would bring Lee County together to honor those who have made the ultimate sacrifice to protect our community, and I have to say we’ve gained more support than ever last year. We’re stepping it up this year with a goal of 1,000 registered runners and look forward to increasing both the awareness and memorial funds in order to continue helping our fallen comrades and their families.”

This year’s Cops & Joggers 5K is set to take place on Saturday, Oct. 11, 2014, at Centennial Park in downtown Fort Myers.
FPRA’s Local Image Awards competition is conducted annually to recognize outstanding public relations programs in Southwest Florida and to encourage and promote the development of public relations professionals in our area. Entrants must demonstrate innovation, planning, design and execution within budget.

The Fort Myers Cops & Joggers 5K was established in 2008 to assist the family of fallen officer Andrew Widman who was shot and killed in the line of duty on July 18, 2008. Proceeds from the sixth annual event benefited fallen officer Sergeant Mike Wilson’s family in addition to the FMPD’s Fallen Officers Memorial Fund and The Brotherhood Ride, nonprofit organizations that aid the families of first responders, including law enforcement officers, firefighters and emergency medical personnel, who have been injured or killed in the line of duty.

M.creativepr is a public relations, marketing and design firm established in Fort Myers in 2000. The firm has won numerous local and state Image Awards on behalf of its work for its clients including Barbara B. Mann Performing Arts Hall, Bennett’s Fresh Roast, Community Cooperative Ministries, Inc. and more. 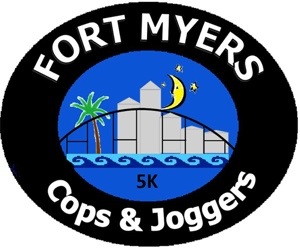 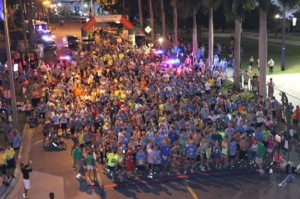