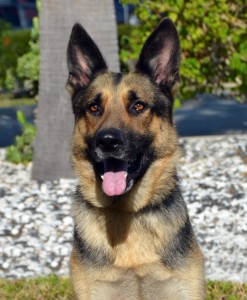 After approximately five years of dedicated service, the police department’s seven year-old German Shepherd, Jedi, had to be retired due to the deterioration of muscles in his rear leg. Canine Jedi, originally from Czechoslovakia, was purchased in 2008 from a kennel in North Carolina, that specializes in police canines and has served as a multi-purpose canine and used for apprehension, tracking, building searches, article recovery and narcotics detection.

During Jedi’s tenure he was responsible for the seizures of roughly 1000 grams of marijuana and numerous seizures of cocaine and methamphetamines. In addition to a number of suspect apprehensions, Jedi located 15 people who were identified as missing or endangered during his career.

Canine Jedi will remain with his partner, Officer Jonathan Mendel, as a pet where he will live out the remainder of his life. 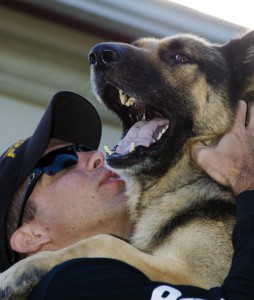