Yesterday, members of the Southwest Florida Police Chiefs Association (SWFPCA) gathered for the organization’s annual holiday luncheon at the Gulf Coast Medical Center on Daniels Road in Fort Myers. The annual luncheon is the traditional time in which the association honors those dedicated law enforcement professionals who serve the citizens of Southwest Florida so diligently.

Awards were voted by the membership from a number of nominations submitted from law enforcement agencies across Southwest Florida for distinction above and beyond the call of duty. Recipients of this prestigious recognition were as follows: 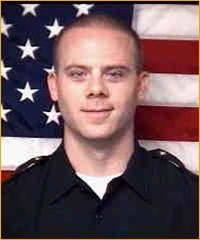 On Thursday, January 3, 2013, Joseph Powell, a wanted felon, went to Cadillac Jacks in Fort Myers with an acquaintance. After the bar closed there was a large fight outside involving 50 people. Responding Deputies learned there were shots fired in the parking lot of Cadillac Jacks by Joseph Powell.

Deputy Park was the first officer to arrive at the traffic stop with Deputy Pierot. Deputy Pierot pointed out Powell and told Deputy Park that Powell was armed. Deputy Park chased after Powell on foot by himself. Deputy Pierot couldn’t follow because there was an occupant in the suspect vehicle that had to be secured.

Powell climbed over a rock wall into the Fort Myers RV Park where he attempted to hide from Deputy Park. Deputy Park saw Powell and ordered him to drop the gun and show his hands. Powell acted as if he was complying, but without warning, raised his gun up and shot at Deputy Park. Deputy Park was given no other options but to defend his life by responding to the violent attack Powell decided to engage in. Deputy Park returned fire and shot Powell, stopping Powell’s deadly actions. 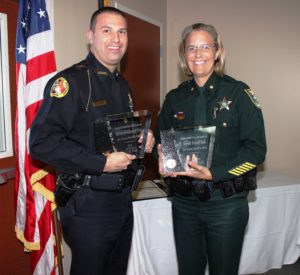 Commenting on both his award winners, Lee County Sheriff Mike Scott stated, “I was personally on the scene that night in the immediate aftermath of their heroic actions. They delivered textbook law enforcement from the time of the initial disturbance call with shots fired to their termination of the threat facing them and our community. I am proud of their brave actions and thankful to God that they escaped harm.” 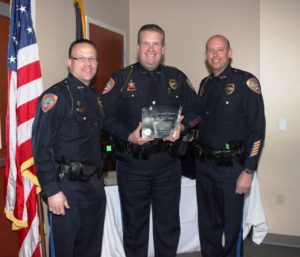 The SWFPCA Outstanding Law Enforcement Chief Executive of the Year must demonstrate outstanding leadership, vision, and innovation in Southwest Florida law enforcement consistent with the goals and objectives of our organization. Punta Gorda Police Chief Albert “Butch” Arenal was honored for his extensive professional career, his principle-centered leadership, and his visionary pursuit of efficiency and excellence in the provision of public safety services to the citizens of Punta Gorda. Commenting on his Police Chief’s award Punta Gorda City Manager Howard Kunik said, “Congratulations and well deserved.” 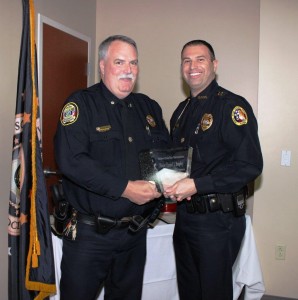 The SWFPCA Outstanding Command Officer of the Year must demonstrate outstanding leadership, vision, and innovation in Southwest Florida law enforcement consistent with the goals and objectives of our organization. Lee County Port Authority Major Daniel Brophy was honored for his outstanding leadership qualities as the Assistant Chief of Law Enforcement Operations. Major Brophy thinks proactively and with a vision of the future. He takes the time to listen to concerns and formulates those concerns into action.

He was instrumental in the upgrading of agency weapon systems, establishing a training section within the organization, and enhancing technology in the department patrol vehicles. Lee County Port Authority Police Chief Jack Cavanaugh commented, “Major Brophy is very deserving of the Southwest Florida Police Chief’s Association’s Command Officer of the Year Award for 2013. He is a dedicated and hardworking law enforcement professional who has assisted with the modernization of our police department and so much more.” 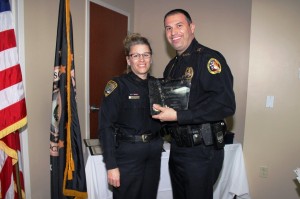 The SWFPCA President’s Award recognizes association members who have demonstrated individual achievement, innovation, creativity, and smart work that enhances the effectiveness of the SWFPCA and furthers our stated goals. SWFPCA President Jack Cavanaugh selected Captain Lisa Barnes for this award for her outstanding dedication and leadership in heading up the 2013 Florida Police Chief Association (FPCA) Summer Conference in Bonita Springs. Captain Barnes worked tirelessly in coordinating this event including a Host Chief’s Night Dinner, children events, and spouse events. This training conference was rated as one of the best conferences the FPCA has held in recent time.

Cape Coral Police Chief Bart Connelly commented, “When Captain Barnes puts her mind to do something, you can rest assured it will be done! Her excellent work on the Florida Police Chief’s Association’s Summer Conference is one of many examples in which Lisa has ‘come through’ for her team. We are all proud of Lisa for her accomplishments and are very fortunate to have her in our organization.”