The presentation took place during the Chamber’s Annual Awards Dinner on Saturday evening with over 175 Chamber members in attendance, along with Mayor Bill Albers, Vice Mayor Rachel Keesling, City Manager Howard Kunik, and other community leaders.

Although technically not a business, in 2008, a new police leadership team charted a bold new course for the organization. Contrary to long-held, entrenched views of police management as a strictly traditional paramilitary management model, leadership shifted radically integrating a contemporary business management model, engaging citizens and businesses as customers, embracing a philosophy of radical transparency, empowering employees to innovate and grow through enhanced employee development practices, and implementing a myriad of quality control business metrics. The following are just a few examples of those business metrics.

• Mandatory Customer Relationship Management training – This training was mandatory for all employees and was delivered by the Chief of Police.
• Commercial Customer Satisfaction Survey – 168 local businesses responded to this survey, a 39% response rate, with very positive results.
• Mandatory Organizational Paradigm training – This introductory training is provided to every new employee directly by the Chief of Police.
• Residential Customer Service Survey – Over a six month period, residents were asked to participate in an on-line survey to indicate their level of satisfaction with police services.
• Quality Assurance Program – Staff volunteer makes weekly follow-up survey calls to customers who requested police service, results are recorded, and disseminated.
• Response Times – In FY 2012, average officer response time upon dispatch was 3 minutes and 50 seconds for all calls for service.
• Communications Call Reviews – The communications supervisor conducts random reviews and evaluations of incoming recorded calls to ensure superior service delivery.
• Telephone Call Response Measurement – The police department meets our goal of answering customer phone calls within 3 seconds, and 911 calls within 2 seconds.

While the culture change was difficult at times, it was worth it. Punta Gorda Chamber of Commerce President John Wright stated, “This is the first time a government entity has reached the finals of this prestigious award, and this is a true testament to the regard that this community has for its law enforcement entity.” The Punta Gorda Police Department is only the fourth recipient ever of this award. 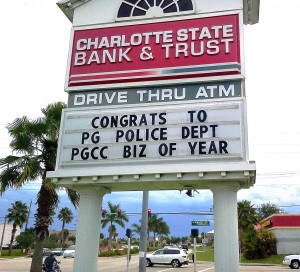 After the award was announced members of the business community expressed their support and appreciation.

Chief Arenal credited many people for the agency’s tremendous success to include a very supportive City government. “I have the benefit of a tremendously supportive City Council and City Manager who all share the same vision for our community. They provide a management environment that empowers leaders to take calculated risks, and make the occasional well-intentioned mistake.”

But most importantly, the Chief heralded his employees and volunteers. “Chiefs come and go over the course of an agency’s history. The Punta Gorda Police Department is 115 years old. Chiefs simply provide a vision. Only police leadership as a whole, employees, and volunteers can execute that vision. And they have done that masterfully,” stated Chief Arenal.

The Punta Gorda Chamber will formally present the award to all Punta Gorda Police Department employees and volunteers before the City Council on Wednesday morning, September 18th, at 9:00 a.m. 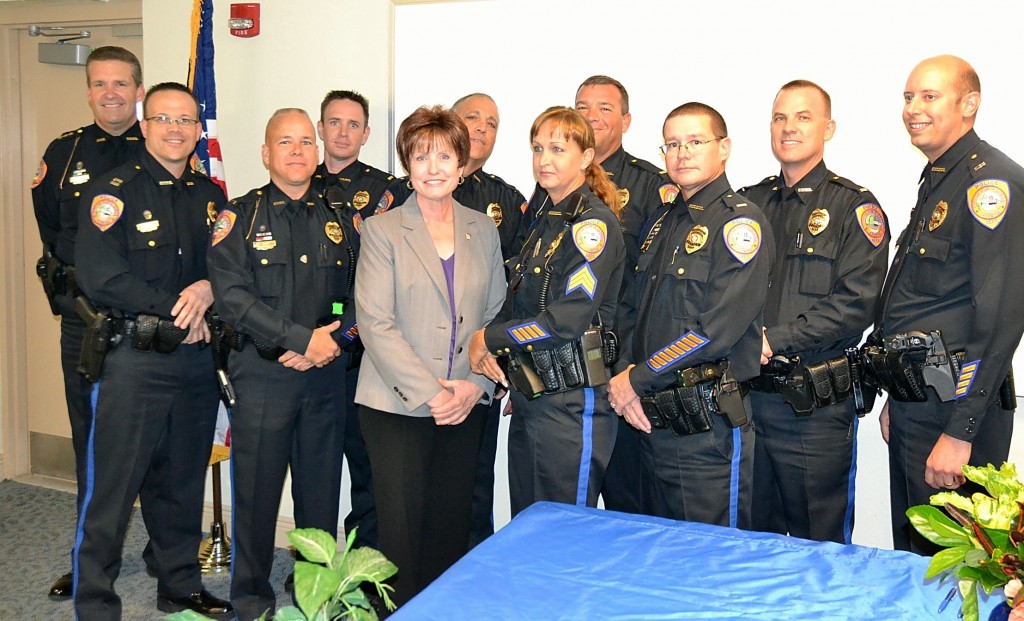