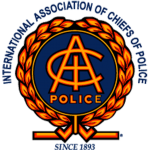 The Punta Gorda Police Department is proud to announce the graduation of two senior Lieutenants and a Corporal from the prestigious Leadership in Police Organizations (LPO) training sponsored by the International Association of Chiefs of Police (IACP). Lieutenant David Lipker, Lieutenant Jeffrey Woodard, and Corporal Rebecca Grim joined thirty-six other supervisors from across the state for Friday’s graduation ceremony. The training and graduation were held at the Cape Coral Police Department.

The LPO development training program is based on a behavioral science approach to leading people, groups, change and organizations. Piloted with great success in 2010, this three-week course is an adaptation of the traditional LPO program; providing the opportunity for law enforcement and public safety personnel to train together in the classroom. The original course material was developed and taught for many years at the United States Military Academy at West Point. Since 2005, the IACP has worked with over 300 local, state, and federal agencies of all sizes to bring the LPO program to 29 states and internationally. Ninety percent of the departments pursue “train the trainers” to develop their own faculty. IACP then provides this faculty with mentoring, standardized instructional materials and support to allow them to sustain the program with internal resources. Elements of the training have also been used in promotional processes and in-service training. 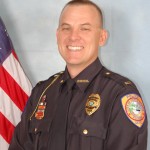 Lieutenant Lipker is a sixteen year veteran of the Punta Gorda Police Department and is currently assigned as a road patrol supervisor. He was the agency’s 1998 Officer of the Year, a 2008 Exceptional Service Award recipient, and the agency’s 2009 Customer Service Award winner. Lieutenant Lipker has served as a Commander of Patrol and Criminal Investigations. He has also served as an assessor for the Commission for Florida Law Enforcement Accreditation, Inc. since 2004. 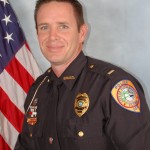 Lieutenant Woodard is an eleven year veteran of the agency who also currently serves as theEmployee Development Coordinator.  He has served as a patrol supervisor before his current assignment which includes all department training, new hire testing, recruitment, and he supervises the department’s field training team. He has served as a department instructor for baton, defensive tactics, and vehicles operations. Lieutenant Woodard was awarded Officer of the Year in 2004, and he is the agency’s incumbent Customer Service Award winner for 2012. 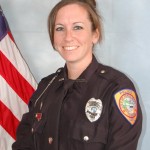 In the 21st century, police organizations can no longer rely on an individual or small group of leaders. To develop leaders, law enforcement executives must create a culture in their organizations that is supportive of dispersed leadership. This means establishing expectations that all officers will take leadership initiatives at their levels of responsibility.

Punta Gorda Police Chief Albert (Butch) Arenal stated, “This was a tremendous accomplishment for Corporal Grim, Lieutenant Woodard, and Lieutenant Lipker as they achieve this career milestone and bring this additional knowledge back to the City of Punta Gorda. These accomplished leaders, all whom volunteered for this training, are the future of our organization.”