Celebrity Coaches announced for Friday Night’s Battle of the Finest

The Punta Gorda Police Department’s sports team The FORCE will be coached by former Tampa Bay Rays Pitcher Andy Sonnanstine. Sonnanstine played for the Tampa Bay Rays from 2007 to 2011. Sonnanstine was a part of the Ray’s surge as 2008 American League Champions and 2010 Division Champions. After leaving the Rays in 2011, he signed with the Chicago Cubs for a brief time before entering free agency. Sonnanstine was known for his impressive mental approach to the game, and his reputation as a fierce competitor. 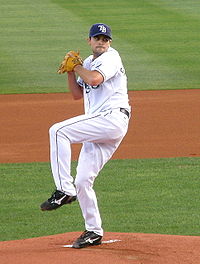 FGCU Seniors Sherwood Brown and Eddie Murray of the now-famous FGCU Dunk City Eagles basketball team will coach the Tarpon team; 22 strong. The Eagles surprised the country in the recent NCAA Sweet 16 Tournament when they advanced until a 62-50 loss to Florida. Brown is a 6’4”, 200 lb. Guard and Murray is a 6’8”, 205 lb. Center.

The members of The FORCE are seeking revenge for a 2011 spanking from the Charlotte High players in their first match-up. Punta Gorda Police Lieutenant Joe King commented, “We can neither confirm nor deny that our team has been receiving covert instruction from members of the NBA’s Orlando Magic coaching staff. It just wouldn’t be prudent to comment on this rumor this late in our preparations.”

Project Graduation is an essential program designed to provide a safe environment for the graduating class on commencement night. Statistics show that the two highest risk nights for teens to be involved in alcohol or drug related traffic tragedies are Prom and Graduation nights.

The game starts on Friday, April 26th at 6:30 p.m. in the Charlotte High School Gymnasium located at 1250 Cooper Street in Punta Gorda. Adult tickets are $10.00 and tickets for students are $3.00. Tickets are available at the Punta Gorda Police Department, the City Clerk’s Office at City Hall, AA Temperature Services Air Conditioning, 24700 Sandhill Blvd, Deep Creek and at the door the night of the event.

If you are not able to attend and would like to make a donation to support this year’s Project Graduation, checks should be made payable to CHS Project Graduation and can be dropped off at either the Punta Gorda Police Department or Charlotte High School. Please contact Rachel Keesling (941) 628-1141, Lt. Joe King at PGPD, or Janet Gentry at (941) 766- 0975 for additional information.