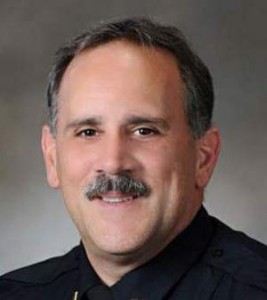 Fort Myers police captain Mike Viola will be the new police chief for Milford, N.H., according to the Nashua Telegraph.

Michael Viola, formerly Captain of Administration in the Fort Myers Police Department, starts Aug. 1 after he moves to the area with his family. He replaces Police Chief Fred Douglas, who retired last week.

The decision came after the selectmen, Town Administrator Guy Scaife and Human Resources Director Ruth Bolduc reviewed more than 20 resumes from around the country.

Viola’s background and experience are “a good fit for what we needed,” said selectmen Chairman Gary Daniels. “He had a very strong focus on wanting to make a connection with the community. I think he wants to get to know the community and not be an over-the-top, heavy handed law enforcement person. He wants the department to be a partner with the community.”

Selectman Kathy Bauer said that after the search narrowed the candidates down to four – two of them current Milford officers – the four finalists were interviewed, and Viola stood out.

“The candidates were all extraordinarily well-qualified,” she said, “including the internal candidates. It wasn’t so much that the others weren’t highly qualified, it was that he was even more qualified.”

Viola comes from a family of law enforcement officers and began his career in 1989 as a patrol officer with the Fort Myers Police Department. He worked his way up through the ranks during the next 23 years, was a captain of administration and captain of operations, supervising, in the latter case, 132 officers and eight civilians. He was responsible for all patrol activities and for several speciality units, including community policing.

Viola, who is 48, holds a master’s degree in administration and a bachelor’s degree in public administration, both from Barry University of Fort Myers. He graduated from the FBI National Academy and attended several police management schools.

He and his wife, Holly, have five boys. They will relocate to Milford, according to a press release from the town.

He will arrive with high marks from the people he will report to, including Bauer.

“It was, surprisingly, a consensus,” she said. “I thought we’d have more disagreement.”

Scaife is on vacation this week and couldn’t be reached for comment.

Douglas retired June 29 after 33 years in law enforcement and 12 years as Milford’s chief.