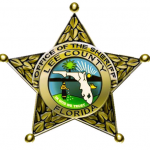 FORT MYERS — A 2008 Chevrolet Impala pulled over on Interstate 75 for a broken tail light had $125,000 of cocaine stashed in the trunk.

A driver and passenger stopped for a seat belt infraction said they were cousins but didn’t know each other’s name. A deputy found 90 pounds of pot in the SUV.

These were two days of work in 2012 worth $500,000 in contraband drugs, plus bragging rights for Lee County’s Highway Interdiction Unit.

“It’s looking beyond the traffic stop,” said Lt. Pete Hedrick, who heads the unit. “Those first minutes you get to visit with them, you have to gauge the level of nervousness. It could be because of a suspended DL (driver license). Or because they just killed someone.”

Since 2004, the five-member team within the Lee County Sheriff’s Office Narcotics Unit primarily has patrolled the comings and goings of accused shoplifters, drug runners, and identity thieves on I-75.

At the heart of the unit’s operations are hyper-observant deputies who, with K9 companions in tow, park along the highway, in wait for traffic infractions — speeding, improper lane changes, traveling below the minimum speed limit.

“We’re accomplishing something before we ever get to contraband. The contraband steps it up,” Scott said.

The Interdiction Unit is a “virtual road block” between the Tampa and Miami areas that is “just getting better and better, bigger and bigger hauls,” he said.

The big hauls are what make it “the best job I’ve had in law enforcement,” according to Hedrick, who worked in the narcotics unit before heading up the interdiction team.

A summary of contraband confiscated in January and February of this year shows nearly $2 million in seized cash and drugs, in addition to 63 fraudulent credit cards.

In the past two years, the unit has made nearly 300 arrests, Sheriff’s Office spokeswoman Sgt. Stephanie Eller said.

“It’s hard to go from finding $100,000 in drugs to some more mundane things, (like on) road patrol,” Henrick said of why he plans to stay with the unit.

The team works with federal agencies like Immigration and Customs Enforcement and the U.S. Secret Service on some busts, especially when the highway stop and contraband find is just the head of a much-larger, well-organized snake of a fraud or drug organization. The conviction rate of interdiction arrests is about 85 percent on state charges, according to Henrick.

The more constant companions, though, are of the K9 kind. The interdiction deputies all have work dogs, and often bring them out to conduct “free air sniffs” around a vehicle to scout out drug scents.

In part, it’s a numbers game. The more stops that are made for traffic infractions, the more chances a deputy has to find the big hauls, Henrick explained. The nuance is in what can be discerned from a few minutes of conversation.

It’s not a patrol for rookies, Henrick and Scott agree. Deputies have to be both affable and vigilant.

“You really have to be a people person. You can’t be a robot cop, and say ‘license and registration’ and go back to your patrol car to run it,” Henrick explained. The first minutes, when a driver rolls down the window and starts talking with the deputy, are when tell-tale signs of suspicious behavior can arise.

On Jan. 12, a Tampa man pulled over for following a motorcycle too closely on I-75 took his license out of his wallet for an interdiction deputy. A blue Visa credit card in the wallet looked “of a poor quality,” a sheriff’s report noted. The man insisted it and three others weren’t fraudulent, and told the detective to check them.

Mismatched numbers on the card and encoding on the magnetic strip were from different banks, according to the report, leading to four charges of possession of a counterfeit credit card.

The key is spotting the weaknesses in the stories or mannerisms that betray suspects.

The nervousness of someone pulled over for speeding is one thing.

“That’s an average feeling people can understand,” Henrick said. “Now imagine you’ve got 5 kilos (of drugs) beside you.”

“Their first 20 trips, the car is perfect, the lights are perfect, they’re wearing seat belts, they’re not smoking or drinking. They figure on the 21st time, go a little faster, drink a little beer,” Henrick said. “It’s complacency that’s enables us to get there.”