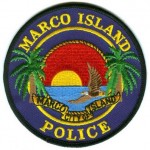 MARCO ISLAND — What happened in Prince George County, Md., in 1993 could be repeated in Collier County. In fact, it could happen on Marco Island, said Capt. Dave Baer of Marco Island’s Police Department.

In 1993, a missing juvenile led to the discovery of two sexual predators that had victimized children by transmitting sexually explicit images over the Internet; and in some instances, used the Internet to lure their victims. The heartbreak of the case highlighted that computers were rapidly becoming the tool of choice for child exploitation.

“Out kids are better at the computer than we are,” said Baer, “That makes them good targets.”

In December, the Marco Island Police Department joined a regional task force – one of 40 nationally – to identify, investigate and apprehend cybercriminals who sexually exploit or abuse children. The program, Innocent Images National Initiative, is part of the FBI’s cybercrimes investigations. Between 1996 and 2007 national investigations into Internet sex crimes increased more than 2000 percent, the FBI reported.

“An island doesn’t separate us from the bad things that happen. The Internet is everywhere,” Baer said. “Although it (sex crimes against children) doesn’t happen here frequently; if it happens once, we have a problem.”

Baer said Marco police have investigated child abuse, neglect and exploitation on the island. One member of the police force has been trained specifically in computer forensics to assist in identifying criminal cyber behavior.

“Just about every kid nowadays has a cell phone with a camera,” Baer said. Once an explicit image is uploaded to the Internet, it can be removed from a specific site “but it’s still out there.”

The girl who sends a sexually explicit photo to her boyfriend may need to be educated about the dangers of cyber predators, but it’s not the focus of the task force, he said.

Baer explained the police department joined the task force to rescue children at serious risk of becoming sexual victims, to investigate criminals who engage in child exploitation and to use its resources to improve apprehension success.

“It’s a force multiplier,” Baer said. “Solving cyber crimes is like a jigsaw puzzle. When the task force comes to the table, each member may be holding a piece of the puzzle but doesn’t know what the whole picture looks like.”

“There’s even the potential to recoup investigative costs,” Baer said.

The task force’s main driver is intelligence gleaned from a complaint, referral, notification from an Internet service provider or by someone who received a misdirected e-mail.

“The bad guys’ tactics do not stay static,” Baer said. “Bad guys are in contact with each other. They share their filth, their hiding places, their evasive tactics and ways to beat surveillance.”

No one agency has the resources to keep up with such criminal activity, Baer said.

Baer is hoping the investigative tools of the Innocent Images task force will reveal those identities saving the abused and apprehending the abusers.