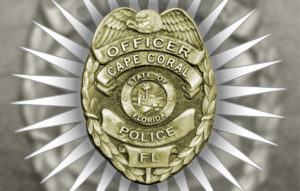 A few Cape Coral police officers took some time away from the road Saturday to help children working on a project to build toy police cars at Lowe’s.

Sergeant John Kulko and Officers Marlea Major, Jeremy Niland and Georgeann Lytle overheard a parent talking about the project and decided to step away form patrolling the streets to stop by, according to a press release.

“Our Police Officers look to have positive interaction with the youth of this city as often as possible,” police spokesman Lt. Tony Sizemore said in the release. “Instilling in our kids that Officers in uniform are approachable and represent safety is very important. We’re grateful to Lowe’s for hosting this positive program for kids and letting us visit and be a part of it.”