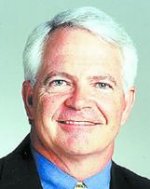 Former Collier County Sherriff Brings 20 Years of Law Enforcement Experience to MIPD City Manager Jim Riviere announced today that Don Hunter has been named the Chief of Police for the City of Marco Island. Mr. Hunter will assume the duties of the city’s highest ranking law enforcement officer on August 8, 2011, following the retirement of Chief Thorn Carr. Mr. Hunter will take his oath of office at a ceremony to be held at City Hall on August 8 at 10:00 a.m. The public is welcome to attend.

Mr. Hunter is well known as the former Collier County Sherriff, a position for which he was elected five times and served in from January 1989 to January 2009. Prior to his election as Sheriff, Mr. Hunter was the Deputy Chief of Administration and Special Operations for the Collier County Sheriff’s Office from 1981 to 1988. Mr. Hunter holds Bachelors and Masters Degrees of Science in Criminology from Florida State University, and has completed the FBI National Academy (179th Session) and Harvard University’s Program for Senior Executives in State and Local Government.

Council Chairman Jerry Gibson praised the hiring decision, “The citizens of Marco Island will be well served with Don Hunter at the helm; he was highly regarded by law enforcement professionals and Marco Island residents when he was Sheriff and I look forward to welcoming him back to the community. It also speaks well of the prestige associated with the position of the Marco Island Police Chief to attract someone of the caliber of Don Hunter.”

Mr. Hunter will lead the Marco Island Police Department with 34 full-time sworn officers, 5 civilian employees, numerous volunteers, and a budget of $4.4 million. One of his primary challenges will be to continue providing high quality services to the community with a continually shrinking budget.

The City of Marco Island was incorporated in 1997 as Florida’s 400th City, with a permanent population of 15,000 and a peak winter season population of 35,000. Marco Island’s residents and visitors alike call this special Island… Paradise. Welcome to Paradise Chief!