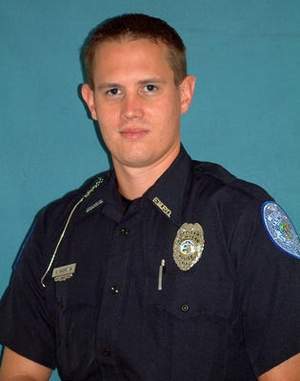 Senate Bill 844 clarifies when custody permitted prior to criminal hearing

Sponsored by Senator Lizbeth Benaquisto and Representative Matt Caldwell, the legislation clarifies for the courts that persons who have committed a crime, while on probation or house arrest, that commit a violation of probation, may be held in custody rather than released through bond prior to their probation violation hearing.

The legislation honors the memory of Officer Andrew Widman of the Fort Myers Police Department, who was gunned down July 18, 2008, while responding to a domestic violence call involving an offender who had an outstanding warrant.

This law is intended to help avert future tragedies by clarifying that judges have the ability to consider additional factors when determining whether to detain or release offenders who have violated community supervision prior to their hearings.

“The Officer Andrew Widman Act empowers judges to keep criminals off the streets,” said Governor Scott. “If a person is likely to be sentenced to prison if found guilty, then it is in the best interest of public safety to hold that person in custody while waiting for a hearing.”