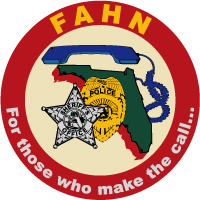 You are invite to participate in the Region 9 training being hosted at the Cape Coral Police Department on November 11th. This is a great opportunity to network and meet other negotiators in our region. The training is no cost to law enforcement or FAHN members. All others will be charged a $20 membership fee to FAHN (one year membership).

Movement & Dealing with PTSD – A New Generation of Veterans

How to Register: Email Christy Conn, cconn5@aol.com for questions and provide your agency name and a list of names of attendees.  This training is free to law enforcement or FAHN members.  If you are not a member, there are several ways to join!  You can mail your annual dues ($20) to FAHN, pay online with credit card at www.fahn.net/membership.html or bring your dues and application with you to training.

Dr. Barone, Esq. Ph.D., LL.M., JD, MSM, CPP. CFSA, brings a vast amount of skills knowledge and experience to this program. He began his law enforcement career in 1975 and progressed through the local, county, state, federal, and military levels, along with his experience as a licenses attorney since 1992, a felony major crimes trial prosecutor, and as a police and military instructor. He is a  national lecturer having taught for HIDTA and The Office of the Attorney General for the State of Florida and has taught law enforcement personnel from over 40 different local, state, federal and international agencies. His university professor, and Chair of a Criminal Justice Program, and has taught for nine different universities and currently teaches for 5 criminal justice programs and has created more than 25 courses on ground and 20 courses online at the graduate and undergraduate levels, for several universities, since 1996. He is a Certified Force Science Analyst for Police Use of Force and Deadly Force and is currently a part time deputy sheriff assigned to the training bureau and trainer and member of the Crisis Negotiation Team for the Highlands County Sheriffs Office. His most recent call out involving CNT was 09-03-13. He has been a homicide detective with two law enforcement agencies and has investigated police shootings and use of force cases. He conducts research with his consulting partner in the area of home invasion robberies, homicides, and police use of force.

The “sovereign citizen” movement is a loosely organized collection of groups and individuals who have adopted a right-wing anarchist ideology originating in the theories of a group called the Posse Comitatus in the 1970s.  It’s adherents believe that virtually all existing government in the United States is illegitimate and they seek to “restore” an idealized, minimalist government that never actually existed.

To this end, sovereign citizens wage war against the government and other forms of authority using “paper terrorism” harassment and intimidation tactics, and occasionally resorting to violence.” The threat to officer safety posed by Sovereign Citizens is well known. One must look no further than the tragic deaths of Sergeant Brandon Paudert and Officer Bill Evans of the West Memphis Police Department in order to understand the risk of spontaneous violence from self-proclaimed Sovereign Citizens.

During this course the participants will be provided with various identifiers which will assist the participant in identifying sovereigns; understanding the background, purpose and ideology behind the sovereign movement. Participants will be provided with information to assist them in addressing these individuals in a positive, safe, and most successful manner they must be able to identify those individuals who are claiming to be sovereigns and then be able to determine which are the ones they have a possibility of communicating and negotiating with during their encounter. There will also be information provided regarding the various theories which have a direct bearing why these individuals become sovereigns and which types of sovereigns law enforcement may be able to communicate and negotiate with during various types of encounters.

Detective Paul J. O’Leary has been a hostage negotiator since 2003. He is a graduate of the Miami-Dade and Lee County Crisis Intervention Training programs. As a Reservist in the United States Army, he has served in Pakistan and Iraq.

Dealing with PTSD – A New Generation of Veterans, discusses various aspects of post-traumatic stress disorder specific to veterans of Iraq and Afghanistan and techniques for law enforcement officers dealing with combat veterans in crisis. He first presented it at the 2011 CIT International Conference in Virginia Beach. This training is relevant to hostage negotiators, patrol officers, and tactical personnel who may encounter veterans in crisis as part of their duties in law enforcement.